I think I’ve mentioned this before on this blog, but the more I work with my French tutoring student (we’ll call him Bruno, which is his French class name), the more I realize that I have no memory of actually having learned French. Like Sara Crewe. 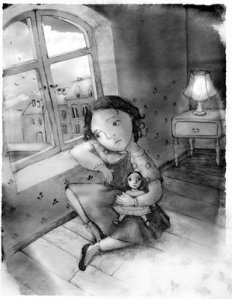 I wish I had thought to bring my childhood copy of A Little Princess back with me from Phoenix, then I could scan the exquisite illustrations and share them with you. But hélas, it didn’t occur to me.

Anyway. Because I started so young, I knew French before I learned any grammar. I knew how to say “Je m’appelle Anne” and “Je voudrais une glace au chocolat” before I understood the concept of reflexive verbs or the conditional tense. I remember making paper pizzas with lots of ingredients in order to learn food and restaurant vocabulary. I wrote about Madame Moreau in this post back in April, and how I don’t recall her teaching us grammar but I did know the passé composé by the time I left her class, which leads me to believe that she taught by stealth.

And when I did start learning grammar, sometime in eighth grade, we didn’t learn any tricks. I remember moving to Arizona and discovering that I was expected to refer to verbs that took “être” in the passé composé “house verbs.”

Maison d’Être! I get it!

And then there’s DR MRS VANDERTRAMP, one of the worst mnemonic devices known to man, for remembering the same set of “être” verbs. It takes me so long to figure out which verb corresponding to which letter in the acronym that it’s always made more sense to just memorize them. (Also, in Bruno’s notes this afternoon I saw it written as DR MRS P VANDERTRAMP, and I’m not even certain what that second “P” stands for. Could it be “passer”? But that doesn’t really work because “passer” can take either “avoir” OR “être”…eek!)

I did teach Bruno about Pacman verbs today, which is an easier way to remember the idea of stem-changing verbs, which are those that have different spellings for the singular and third-person plural conjugations. I just spent five solid minutes creating a visual for you. You’re welcome.

Bruno liked that idea. This was something I learned in high school, and by the time I learned the trick, I already knew the verbs. (In Spanish I, my junior year, we learned them as “boot verbs.”)

I also took a look at some pages copied from another textbook that Bruno’s teacher had handed out, and a unit about direct object-past participle agreement in French began with an English grammar exercise. Personally I think teaching foreign language in comparison to English is a terrible idea. 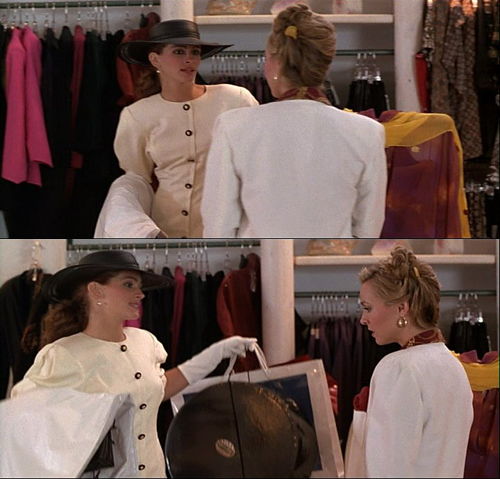 Because what happens when you get to a point when you just don’t know your English grammar well enough to make an educated comparison? I’ve never had to learn how to use the subjunctive in English, I just do it, so it’s never helped my French subjunctive skills to think about English. And my understanding is that English grammar isn’t taught in schools now the way it was when I was growing up (and certainly not the way it was taught in the most anal-retentive freshman English class ever at my high school in Arizona, which was reportedly very effective and which I never experienced). Bruno unknowingly corroborated this theory by responding to my explanation of direct object-verb agreement by telling me he didn’t know what a direct object was.

Sometimes I think that if I ever decide I don’t want to sing for a living, I might like to be a French teacher, maybe in a private school like I went to, maybe in public school to fix what I see as some major problems in the foreign language education program. Who knows?

3 thoughts on “By your pupils you’ll be taught.”